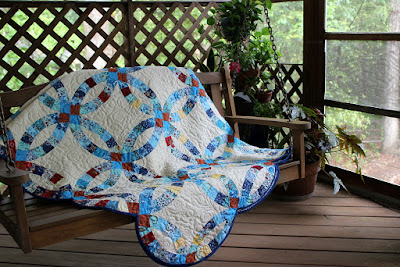 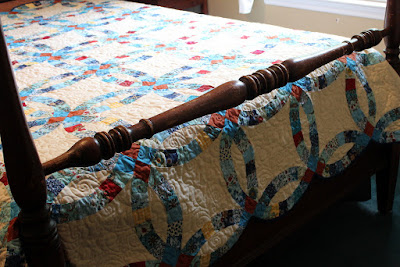 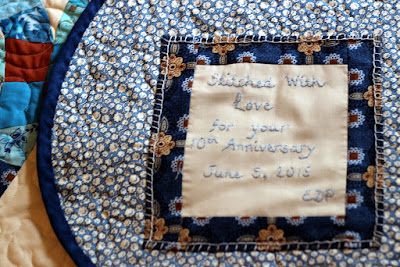 11. Matthew and Kailie's Rehearsal Dinner Memento Quilt
Half-triangle squares signed by family and friends in attendance
at their rehearsal dinner, May 29, 2014
and November NC Party attendees on the quilt back
Completed May 2015 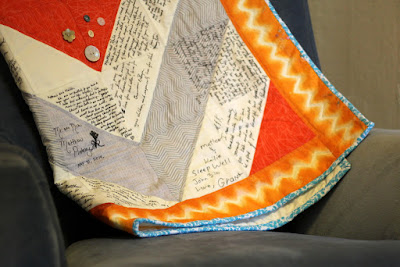 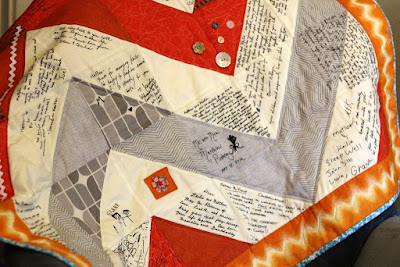 10. Matthew and Kailie's wedding quilt
(unfinished in this photo)
Two Colors Star by Fresh Lemons in the Solstice Stars Series
with half-rectangle triangle border designed by me
Top completed in May, 2014 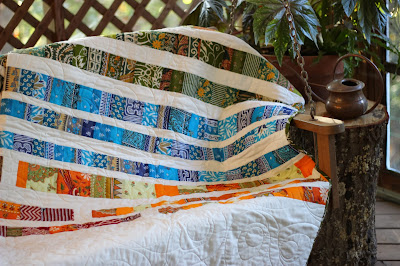 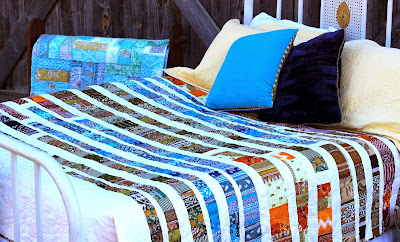 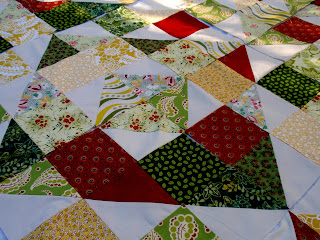 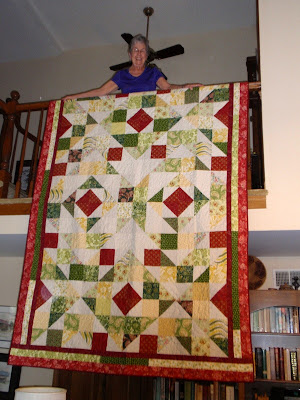 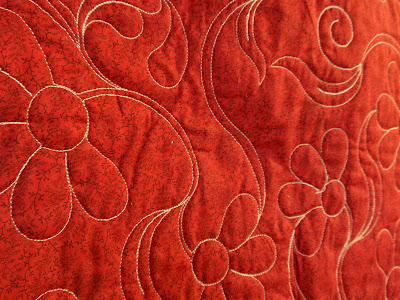 detail of the quilting, done by Rebecca Verrier-Watt 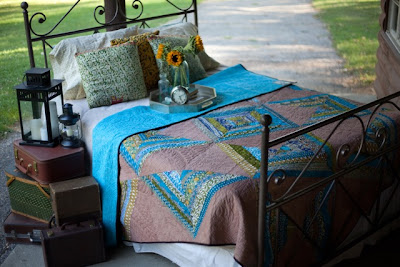 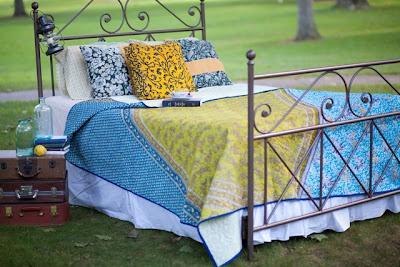 4. Natty's quilt for Bubba, the bunny
Free-style fabric play with a three year old!
Completed, May 2012 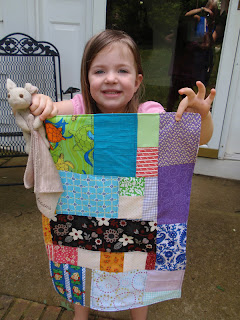 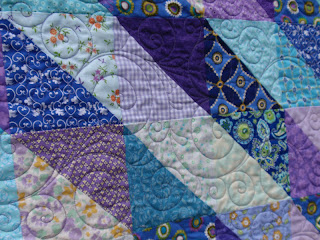 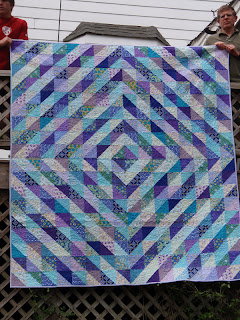 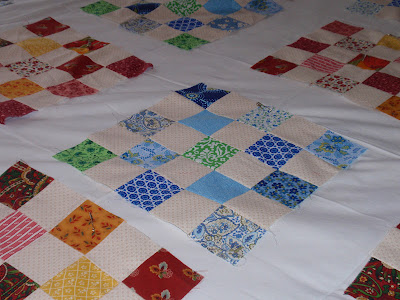 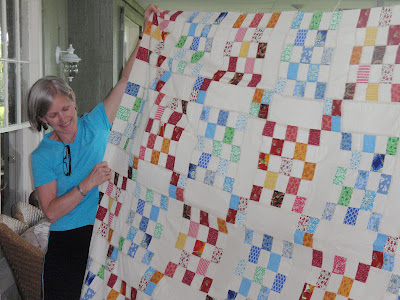 1. Clara's quilt
Nine patch quilt, started in the 90's,
Completed February, 2010
The first quilt I ever made! 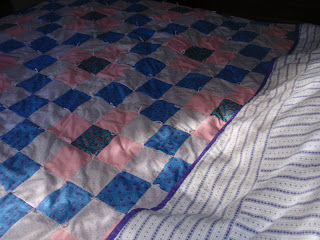 I love the Sari Diamond quilt